The staff at Idaho Arthritis Center is made up of a dedicated group of professionals who are committed to making your visit to our office relaxing and enjoyable. In addition to our outstanding team of doctors and advanced practice providers, our staff includes registered infusion nurses, ultrasound technicians, phlebotomists, laboratory technicians, and medical assistants. Everyone on our staff is knowledgeable and dedicated to the health and well-being of our patients. 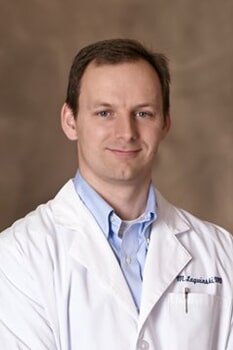 Dr. Mikael Lagwinski is Board Certified in Rheumatology and has been practicing since 2004 after graduating from the Rheumatology Fellowship Program at University Hospitals of Cleveland.

Dr. Lagwinski has a passion for volunteerism. During his medical school and residency training, he volunteered at the Open-M Clinic in Akron, Ohio which provides free health care for impoverished patients. He continues his volunteer activities through the Volunteer Physician Network in Boise and at the Family Medicine Residency of Idaho.

Dr. Svetlana Meier is a Board Certified Rheumatologist. Born in Resekne, Latvia, she completed medical school at Riga Stradins University in Riga, Latvia.

Dr. Meier completed her internship and residency at the University of Wisconsin/Aurora Sinai Medical Center in Milwaukee, Wisconsin.

Dr. Meier completed her fellowship training in Rheumatology at the University of Nebraska Medical Center in Omaha, Nebraska. She has also completed specialized training in the area of Musculoskeletal Ultrasound. In June of 2011, Dr. Meier re-located to Boise, Idaho to join Idaho Arthritis Center. She lives here with her husband, two sons, and daughter.

Dr. Meier was attracted to the quality of life and opportunities for outdoor recreation that the Boise community provides. 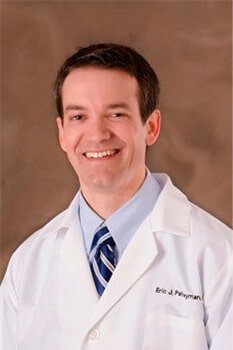 Dr. Eric Palfreyman was born and raised in Boise, Idaho, and is excited to practice Rheumatology in his hometown community. He is Board Certified in Rheumatology and Internal Medicine.

He received his Bachelor of Science in Microbiology from Brigham Young University in Provo, Utah. Subsequently, he attended the University of Utah School of Medicine where he earned his Medical Degree in 2007. He and his family then relocated to Cleveland, Ohio where, in 2010, he completed his Internal Medicine Internship and Residency at University Hospitals Case Medical Center. He became board-certified in Internal Medicine that same year. Dr. Palfreyman was then accepted into the University Hospitals Case Medical Center Rheumatology Fellowship Program where he completed his Rheumatology training in June 2012.

During his residency training, Dr. Palfreyman was recognized among his peers for his humanistic approach to providing medical care. He received the Norman Gordon Award, an award presented to one medical resident for their demonstration of humanism in medicine throughout residency. Additionally, Dr. Palfreyman demonstrated leadership throughout his training serving as the Chief Rheumatology Fellow.

Dr. Palfreyman has interpreted hundreds of DXA scans, attended a bone densitometry course, and became a Certified Clinical Densitometrist in May 2012.

Dr. Palfreyman enjoys serving in the community as well as for his church. He spent two years from 1998-2000 serving as a missionary in Northeastern Brazil. He learned various leadership skills from this experience as well as became fluent in speaking Portuguese. In all stages of schooling and training, Dr. Palfreyman has served in the community and considers it a privilege to do so.

Dr. Palfreyman looks forward to being a part of the community and enjoying outdoor recreation with his wife and four children.

Kyle has practiced Family Medicine in the Treasure Valley since 2008 and has also received additional training from the American College of Rheumatology. Kyle is also fluent in both English and Spanish.

Outside of the clinic, Kyle enjoys spending time with his wife and two young daughters.

Katy Privon APRN-CNP is board certified by the American Academy of Nurse Practitioners. She received her Bachelor of Science in Nursing from Creighton University in Omaha, Nebraska.

She also has a Master of Science in Nursing as a Family Nurse Practitioner from Wright State University in Dayton, Ohio. She is a member of the American Academy of Nurse Practitioners and Sigma Theta Tau Nursing Honor Society.

In her free time, Katy enjoys cycling, hiking, and traveling, but what she enjoys most is being with family—especially her husband and children. 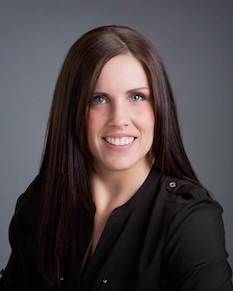 Megan Lane, PA-C is board certified by the National Commission on Certification of Physician Assistants.

Prior to joining Idaho Arthritis Center, Megan practiced in Neurosurgery, Family Health/Pediatrics, and Orthopedic Surgery.  Most recently Megan had been working in Orthopedic Trauma and Urgent Care with Saint Alphonsus in Boise.

In her free time, Megan enjoys gardening, camping, fly fishing, and adventuring in her home state of Idaho.  What she enjoys most is spending time with her family and 2 dogs. 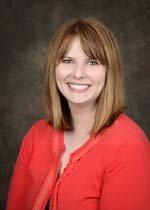 Megan George, PA-C is board certified by the National Commission on Certification of Physician Assistants.

She received a dual Bachelor of Arts degree in Cellular/Molecular Biology and Liberal Arts and Sciences from Utah State University and her Masters in Physician Assistant Studies from Oregon Health & Science University in Portland, Oregon.

For the past eleven years, Megan has been practicing Family Medicine and Urgent Care in a Community Health setting. She is fluent in Spanish.

In her free time, Megan enjoys spending time with her husband Kyle and their two daughters. She also enjoys traveling, baking, and growing flowers.

Colette Weber, PA-C is board certified by the National Commission on Certification of Physician Assistants.

She received dual Bachelor of Arts degrees in Biology and Psychology from the University of Buffalo in New York, followed by a Bachelor of Science degree in Physician Assistant Studies from D’Youville College in Buffalo, New York.

Prior to joining Idaho Arthritis Center Colette has practiced Emergency Medicine for seven years in Baltimore, MD at Johns Hopkins Bayview Medical Center and one year for St. Alphonsus in Nampa, Idaho.  She has spent the last eight years practicing in Urgent Care for St. Alphonsus Medical Group in Nampa and in Boise. She also worked as an EMT/Paramedic for 10 years while living in Buffalo, NY prior to becoming a Physician Assistant.

Colette enjoys crafting, vegan cooking, playing the piano, and exploring Idaho. She also values family time with her husband and two boys. They can often be found camping, atv’ing or just enjoying many of the local beautiful Idaho parks


Three Locations to Serve You